The Proof Is In The Performance 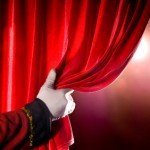 In the last few posts I’ve shared the importance of turning your wishes into wants and being willing to do the hard things in order to succeed.

Talk is cheap. You can say you want something and you can say you are willing to work hard to get it. I hear from people all the time who say, “I’ll do anything to succeed.” But will they?

I may not be able to judge the sincerity of your words but everyone can see the fruits of your labor.

During a football season, we practice all week for a game on the weekend. We can say that we work hard in practice but how we play during the game will show just how prepared we really are.

You see, football games aren’t won on game day. Games are won or lost during the week leading up to the game. The game itself is just a concert to display the performance that the team has prepared during practice.

If the team has truly put the effort in, the result will be a standing ovation, but if not, the performance will only bring disappointment and defeat.

Someone once asked me if you could truly work hard and still fail. I mean, what if you work your butt off and still get beat?

I believe that there is a big difference in getting beat and losing.

If our teams work hard all week and perform great on game day and we still get beat, then we hold our heads up, look the other team in the eye and congratulate them on a job well done.

If we show up to a game, and we aren’t prepared because we didn’t put the effort in necessary to win and we get beat, then we‘ve lost.

I can accept getting beat, but there’s no excuse for losing!

If you work hard and do things right and you still come up short, then at least you can hold your head high and know that you did as much as you could. You gave a great performance but for whatever reason, it just didn’t work out.

But if you sit around and don’t truly make the effort and wonder why you haven’t made it, that’s just not acceptable.

What does YOUR performance show?

What do the results tell you?

Are you honestly giving it your all to live the life you want?

Be honest with yourself, then determine what you want, be willing to work hard to get it, deliver a great performance and LIVE LIFE!